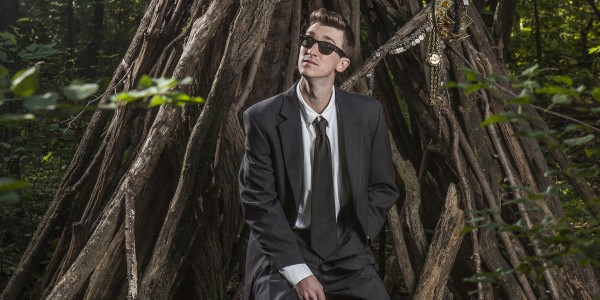 Home for groundbreaking rappers like Kanye West and Chance the Rapper, Chicago has been pushing music out of its comfort zone for decades. The city’s music scene is wild and unpredictable, and right now it’s hotter than ever. And with equally strong ties to established Chicago underground rappers like Psalm One, upstart crews like Save Money, and the electronic music scene, North Side rapper ProdCause is at the heart of it, the unique, experimental product of a broad-minded city with a collaboration-friendly rap community. Making music he describes as “an all-encompassing experience” while also earning his MFA for painting and animation, ProbCause is an artist whose skill crosses genres and sensory experiences – appropriate for a guy whose breakout song was about the mind-expanding properties of LSD.

In July 2013, after years of building local recognition and developing a more nuanced lyrical perspective, ProbCause released The Recipe, Vol. 2, a rich, genre-spanning offering that stands as his most accomplished project to date. With features from a diverse array of talents, including Chance the Rapper, Action Bronson, ShowYouSuck, and Psalm One, as well as the poet Kevin Coval, it was lauded as “a fantastic snapshot of Chicago’s hip-hop community” by the Chicago Reader, and it placed at No. 9 on the Chicago Tribune’s list of the Top Chicago Indie Albums of 2013. Since then, ProbCause’s career has taken off, and he’s found himself touring nonstop, playing festivals while still finding time to fly home every week to complete his final year of grad school.

Influenced in equal parts by punk groups like Chicago’s Screeching Weasel and jazz greats like Charlie Mingus, ProbCause gravitated toward hip-hop as a teenager by hanging around North Side studio run by his older brother, a DJ and audio engineer. He liked classic ’90s hip-hop groups like A Tribe Called Quest and The Roots, but he was especially inspired by the rappers he saw participating in open mics and other events as part of the active Chicago underground. “It was close enough to home that I could meet them,” he remembers. “I could talk to them and see that they were real people.” A former drummer, he switched to the mic and began rapping, putting out his first project as ProbCause when he was 18.

His involvement in the local hip-hop scene wasn’t just musical, though. He also was busy tagging buildings from the age of 14 on. After what threatened to be one too many scrapes with the law for writing graffiti, he looked for ways to pursue his passion legally and ended up enrolling in art school for drawing and painting. These days, one side of his art reflects the other: Not only does ProbCause see colors when he makes music, he designs mind-bending album covers and show fliers, often at the request of promoters or other artists on the bill, for his equally mind-bending show.

“We get fucking hype, man,” ProbCause says. “If you come up in the Chicago hip-hop scene you need to have a fucking live show or people don’t fuck with you.” The explosive two-man act incorporates live drumming and sampling from drummer Cofresi, as well as on-the-fly vocal modulation and impromptu pop song remixes that guarantee no two shows are ever the same. With performances on festival stages, in sold-out rooms on tour with synth-pop act Cherub, and in new countries like Costa Rica, the buzz has only intensified, and ProbCause’s sound has only gotten more eclectic.

His next project, Waves, promises to be more diverse and ambitious than anything he’s done yet, building on the success of popular genre-spanning remixes like his take on Lorde’s “Biting Down,” as well as reflecting a range of trying personal experiences from the past year and giving of a more general vibe of positivity. After years of perseverance and grinding on the local scene, it’s the album ProbCause has been waiting to make.

“It’s kind of at a point where it’s a need for me to write, and that’s why I’m making these songs: Because I have to make them,” ProbCause says. “I think that comes through in the music. I think you can feel it in a different way”